Locatify has been working closely with Jónína Eiríksdóttir product manager at Snorrastofa over the last year and is proud to announce the release of the much awaited Snorri app on Android and iOS. The Snorri app provides guests to the Reykholt region with a digital tour guide and helps tell the stories of of one of Iceland’s most historic figures, Snorri Sturluson, and his home town of Reykholt.

The app was released just in time for the Follow the Vikings Conference which Snorrastofa has been taking part in, 4 year long EU funded project aiming at making the transactional Viking heritage accessible and understandable to a world-wide audience. The conference was organized by the Icelandic Saga & Heritage Association

Locatify presented their products in a panel for the audience at the conference and exhibited the new UWB Automatic Museum Guide in museum settings at Snorrastofa. The guest tried it out with enthusiasm and were quite impressed by the accuracy and quick response of guide as they moved around the exhibits. 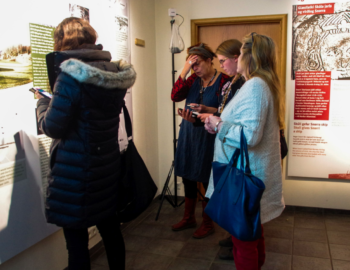 Visitors try out the app

Visitors were impressed by the UWB 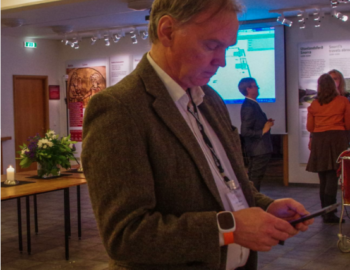 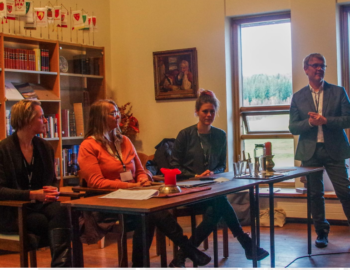 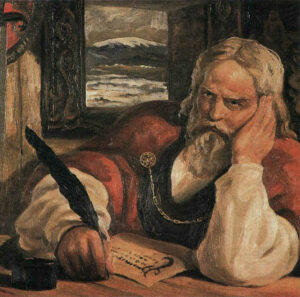 Snorri Painting by Haukur Stefánsson in 1933.

Snorri Sturluson (1179 – 23 September 1241) is a 13th-century Icelandic poet and politician who lived on a farm in Reykholt. Snorri was twice elected as lawspeaker at the Icelandic parliament, the Althing and remains one of Iceland’s most historic figures.

He was the author of various books including poetic language, tales of Norwegian Kings and Medieval Scandinavian History.

Today, the town is home to a museum commemorating his tumultuous life and considerable achievements.

Reykholt is one of Iceland’s most notable historical sites, most famous for being the home of Iceland’s best-known author Snorri Sturluson during the years 1206-1241.

Today Reykholt houses a cultural centre, a church and an ancient geothermally-heated pool, Snorralaug, which is named after Snorri and was connected to his home by a tunnel, and hooked up to nearby hot springs by a perfectly-crafted stone aqueduct which has survived the centuries intact. It is one of the few things preserved whole from Iceland´s medieval period.

Snorrastofa is a cultural centre and institute for research in medieval studies. Snorrastofa offers historical exhibitions and guided tours and lectures. Music recitals are held in the church of Reykholt.

Outside the museum complex, you will find the famous Snorralaug, Snorri’s personal hot tub. It was connected to his home by a tunnel, and hooked up to nearby hot springs by a perfectly-crafted stone aqueduct which has survived the centuries intact. 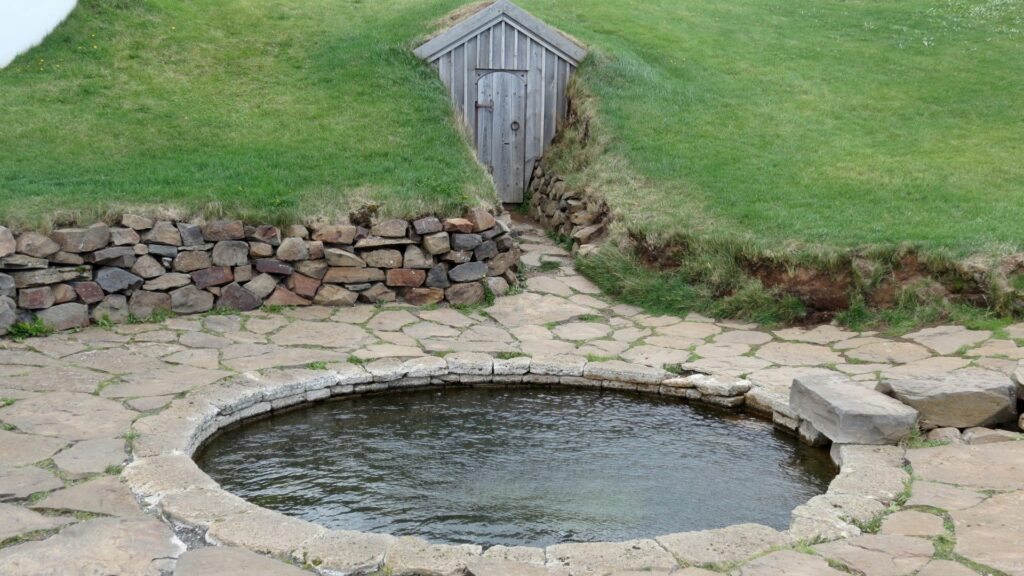